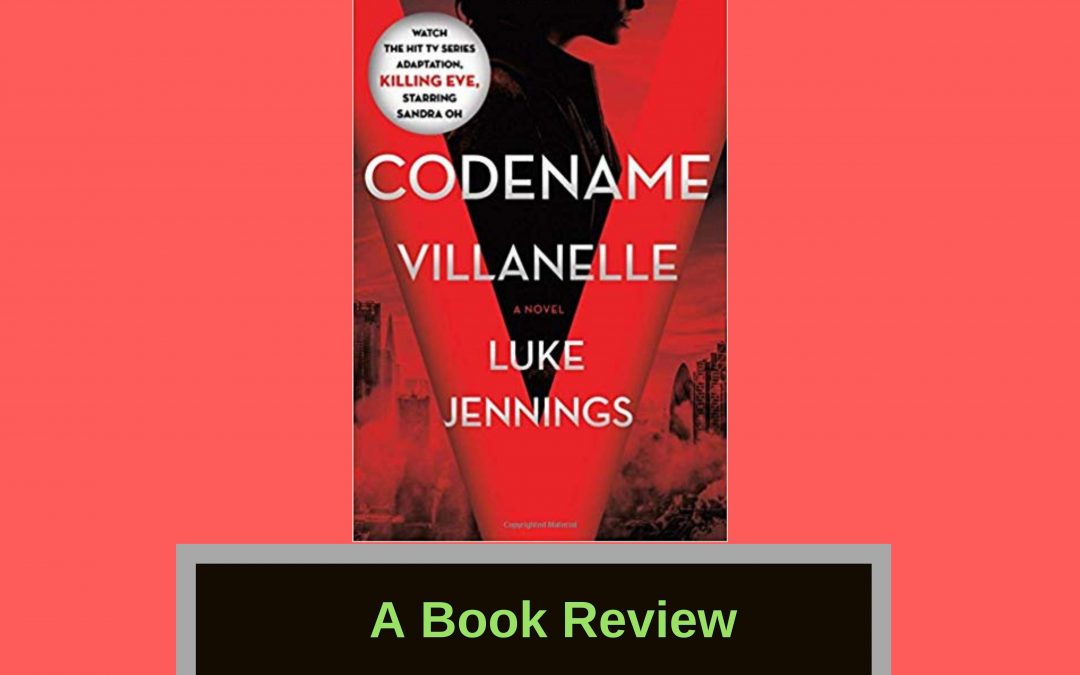 Hi! Today I have a book review of Codename Villanelle by Luke Jennings.

Now, as you may know, probably do know, this has been adapted into the show Killing Eve and Killing Eve when I first heard about it, I was like … hmmm. Another show where they humanize a serial killer. Okay, but you know I heard a lot about it. I kept hearing about it and I thought okay I’ll give it a try. And actually I love the show. And this book does so much to explain where Villanelle came from and so much about her personality on the show that I highly recommend reading it. I mean if you’re a fan of the show and let’s say you, like me, you started with Season Two, I had to assume a lot of things.

Well, if you’ve seen the show and want to read the book it’s well worth it. Believe me even if you’ve started with Season One, I’ll bet it’s worth it to read this book. I don’t know what they did when they adapted it. But I can say that this really lays the groundwork for understanding the show and it is also in its own right a really well-written book. Such just delightful prose. I’ll just put it that way. Just delightful. There’s no other words I can say except that I love the book, and now I want to read the sequels and all those oddly numbered ones in between Books One and Two. What’s that about, anyway? I don’t know. Guess I’ll find out.

By the way, in case I didn’t mention it, the book is a spy thriller with a female assassin named Villanelle in it. 🙂

So, I’ll talk to you later!

You can buy the book from Amazon, Apple, Kobo, B&N, and Indiebound.