Check out my non-Amazon Ebook Sale for March! 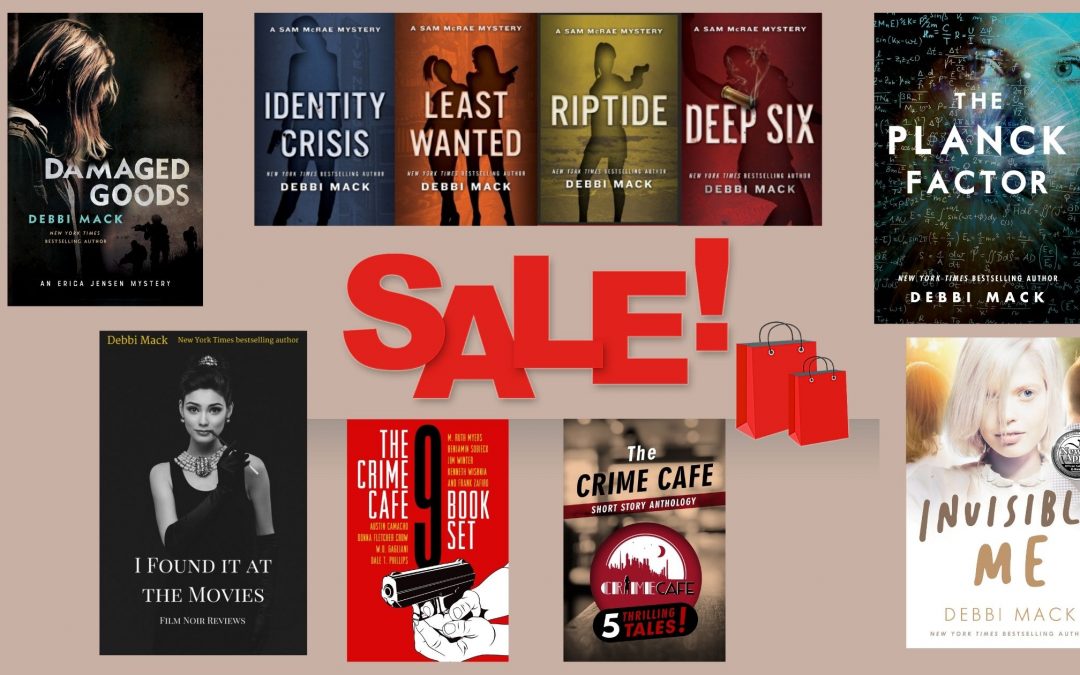 Hi there! It’s my pleasure today to announce that I’m offering a price break on nearly all my ebooks for a limited time in March.

But, first, a quick legal analysis from a lawyer who never practiced antitrust law:

Allow me to share with you one of the most interesting legal analyses I’ve read lately. Just click the link right here to read it.

So, as you can see, the headline is such total non-clickbait, that I nearly didn’t click it. I mean with a headline like “Please Stop Calling Amazon a Monopoly”, well, why would you want to click that?

And just to be clear, this document is undated. I have absolutely no idea when it was written and/or published, but the author gives every indication of being an antitrust expert.

So, the guy starts off with a little rant about Hatchette-versus-Amazon or something. And it goes on—blah blah blah—for a bit. And eventually he writes the following in bold: For the sake of our “modern economy” and “healthy culture,” we must stop calling Amazon a “monopoly.”

He then goes on to ask that we don’t “misunderstand” him. He’s all for antitrust enforcement and taking the threat of monopolies seriously.

Now, here’s the funny part. I will simply quote from the article.

A “monopoly” is when one supplier of a particular product or service is able to control the market. That does not remotely describe Amazon: the vast majority of books sold by Amazon are supplied by someone else, i.e., the publisher, and the same books are available elsewhere.

That was so funny, I nearly broke my speech recognition program laughing. I swear the stuff I see on the Internet. Funnier than watching a baby suck a lemon on YouTube!

I seem to recall, oh, about a decade ago saying that we had choices about where we could buy or sell our books. Funny how so many authors I knew dismissed my concerns about Amazon as not worthy of attention.

But wait, there’s more. Like the following statement in bold: Even if a company is not a monopolist or a monopsonist, it can engage in predatory pricing—but Amazon didn’t.

In response to the calls of others to address the threat of Amazon’s growing market power, this guy says:

“But the Justice Department already investigated Amazon as part of the Apple case, and they published the results two years ago.” (Italics his.) Apparently this “investigation” was basically a response to public comments and complaints submitted during that big lawsuit against Apple and the Big Five (or Six or whatever) publishers about Amazon’s lower pricing, resulting in reduced profits for bookstores, authors, literary agents, and publishers.

Well, if you want to call that an investigation, okay. And, yes, it is true that indie bookstores have achieved some success online. But they are bookstores, and they have a reputation and some online presence, so where does that leave indie authors?

Now, in a paragraph that starts off with this sentence (in bold): This is basic antitrust law, he goes on to cite someone who states, “considerable evidence suggests that Amazon was engaged in loss leading, not predatory pricing.… Amazon was almost certainly using loss leading not as a predatory device but as an efficient promotional tool, drawing consumers to its website to buy products they might not otherwise purchase.”

Like what, for instance? Oh, how about lots and lots of free ebooks or access to shitloads of ebooks when you subscribe to Amazon Prime? Because you know everyone wants free shit. And what better way to guarantee customer loyalty than to create an easy device for downloading ebooks and basically giving them out (along with the content) as loss leaders.

So here’s his ultimate conclusion:

Yeah, about the Hollywood studio system. Tell that to someone who’d have loved to see the show Bosch from the start without paying for a subscription I don’t want.

Has it not occurred to you that services like Amazon have the Hollywood studio system running scared? And as for publishers and indie authors, what makes you think we want to deal with Amazon? The truth of the matter is we feel like we have no choice but to deal with them.

And while we’re on the subject of doing a better job, exactly what market does Amazon serve? It’s obvious the company is more than a retailer or a publisher or a motion picture studio. In fact, you might want to take a look at this law review article that tells you just how Amazon really makes its money.

But in the interest of open-mindedness, let’s test this assumption that all ebooks can be bought from places other than Amazon. And that we, the authors, can convince readers (not to mention all the authors who automatically direct readers to the Amazon link for books) to buy (or sell) at those places. This is assuming we don’t care about Amazon rank or making various bestseller lists.

Right now and through the entire month of March 2021, you can get my first-in-series books for free on Apple. Here are the links: Identity Crisis, Damaged Goods, and I Found it at the Movies: Film Noir Reviews. Click the links for your free copy from Apple.

And just so you know, all you need to do the get your free copy from Apple is click on the link, click “View on Apple Books”, then hit “Get.” It’s not a one-click freebie like some retailers offer, but you can manage it, right? 🙂 I’m managing to type this with one hand and a middle finger twisted within an awkward splint. How about them apples? 🙂 (No pun intended.)

Also, from March 7 – 13, 2021, you can buy almost all my books on-sale for half-price on Smashwords. Everything but the Crime Cafe Short Story Anthology, which is only 99 cents. Just click the link and scroll down to check it out.

Now, I’ll just sit back and wait for someone to buy a book or two.

You’ll forgive me if I don’t hold my breath. 🙂

There. I’ve said it. PS: Can’t wait to share this with my growing numbers of somewhat more engaged fans.

PPS: Have I mentioned that my Kindle died?